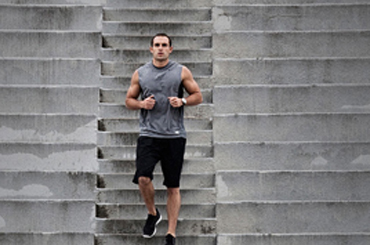 Professional elite athletes know how to train because they have access to the best coaches and a because of the Darwinian process that ‘kills off’ bad methods and keeps good ones thriving! However, until very recently, the amateurs have never had access to the facilities and coaching backup of elite performers, so more often than not they have tended to source information from the best athletes they know locally and/or the group ethos prevailing in their particular training group or environment. The problem with this approach is that the ‘sheep mentality’ of merely doing what everyone else does is not especially effective. And let’s be honest, sheep don’t win many athletic medals! Athletes used to look to the top of the sports mountain, shrouded in the clouds of greatness, and wonder what went on up there. Take, for example, the secret regimes of the 1980s ‘doctors’ behind the Iron Curtain, possessed of the ability to increase team performances in track, field and cycling. Nowadays, we have greatly increased transparency with more and more data from individuals, teams and countries, and from journals and interviews. From 4km cycling powerhouses (1) to elite junior rowers (2), as well as many others, data is published for all to see. Thankfully, we can now see that the gains are less about pharmacology and more about the analysis of training, outcomes and lessons learned. For example, the prologue ride of cyclist Bradley Wiggins in this year’s Tour De France was online within days so that cycling fans could swoon over the his super-human effort – an average power output of 442 watts. Wiggins also published blood test data to counter any suspicion that he must have been on ‘something special’ to get fourth place overall. However, that’s a separate article entirely about champion genetics, weight loss and superb equipment choices. Fortunately, this new openness gives sports scientists, coaches and amateur athletes the chance to see how the best actually train, and most importantly for you, it allows a trickle down of certain ‘golden nuggets’ of information from upon high. Think of it in the same way that steering wheel control paddles trickled down from rallying and F1 racing to your family car. Many endurance athletes do events that, in the real world, typically last from 15 to 20 minutes and upward. These include 5K road races, 10-mile time trials and sprint triathlons. Few actually compete in events as short as the rowers tested, though anyone in an event lasting over 40 seconds is really an endurance athlete. Many people are now entering ultra-endurance triathlons such as the Ironman where finish times are 9 to 17 hours. Similarly, sportive cycle events lasting 4 to 10 hours are attracting record numbers. How should these athletes train?