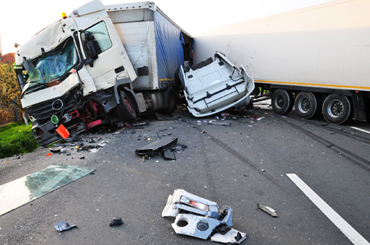 Injuries to the neck caused by a rapid movement of the head backward, forward, or side to side, is referred to as “Whiplash.” Whether a result of a car accident, sport, or work injury, whiplash or other neck injuries warrant a thorough chiropractic check-up. The biggest danger with these injuries is that the symptoms can take years to develop. Too often people don’t seek treatment until more serious complications develop. Even after whiplash victims settle their insurance claims, between 39%-56% report they still suffer with symptoms two years later.When no bones are broken and the head doesn’t strike the windshield, typical symptoms are as follows: follows: 92% complain of neck pain, which typically starts two hours up to two days after the accident. This is often the result of tightened muscles that react to either muscle tears or excessive movement of joints from ligament damage. The muscles tighten in an effort to splint and support the head, limiting the excessive movement. About 57% of those suffering from whiplash complain of headaches. The pain may be on one side or both, on again off again or constant, in one spot or more generalized. These headaches, like the neck pain, are often the result of tightened, tensed muscles trying to keep the head stable and, like tension headaches, they are often felt behind the eyes. Shoulder pain often described as pain radiating down the back of the neck into the shoulder blade area, may also be the result of tensed muscles, accounting for 49% of injuries caused by whiplash. Muscle tears are often described as burning pain, prickling or tingling. More severe disc damage may cause sharp pain with certain movements, with or without radiation into the arms, hand and fingers, which are relieved by holding your hand over your head. Chiropractic treatment is one of the only proven effective forms of care in the treatment chronic whiplash related injuries. Through the use of carefully controlled pressures directed at the spine and various physical therapy modalities, combined with that of exercise and nutrition, whiplash sufferers have a better outcome.